(Update: I apologize, but my shop has been temprarily taken down. Check back summer 2018)

I recently ordered some products from India in preparation for my online store launch – shop.tflem.com. I knew that I wanted to manufacture a brass sculpture using one of my custom scripts for a decorative art piece. I found something similar one day while shopping around with my wife. The product that caught my eye was a word that was casted in brass and had a “Made in India” sticker on it. So that’s where my search began.

India is actually very well known for manufacturing brass sculptures. With the prevalence of Hinduism, lots of the manufacturers I found specialize in making decorative religious sculptures. But that didn’t stop me from seeing if they’d be a good fit for my product. Actually, the fact that they could cast much more complex and more detailed sculptures compared to my simple design was a encouraging.

Getting started was daunting, but I just started googling things like “brass manufacturing in India” or “brass casting India” until I had come across about 10 companies that I thought could handle my project based on what I read on their websites. Many of them didn’t even advertise bronze casting for custom designs – they were just wholesalers of things like religious decorative pieces, but they were all brass.

I also searched sourcing websites like alibaba.com and indiamart.com but I had more luck and quicker responses with email. Most company websites have a generic contact form or list an email contact on their contact pages. I sent the following message to the 10 manufacturers I found and only received one reply – the manufacturer I ended up using.

My name is Tyler and I am wondering if you have capabilities to do small quantity production (less than 100 pieces) for small decorative brass sculptures like the one below. This is a solid brass sculpture measuring: 8 inches wide x 1.1 inch deep x 3.75 inches tall.

If you have these manufacturing capabilities, please reply with pricing information.

How much would this cost to produce in bulk quantity?

How much would this cost to make a sample of?

What are your minimum quantities for custom sculpture designs?

This is not my first time contacting manufacturers overseas, I’ve communicated with companies in China before, but this was my first sourcing experience with India, and it was quite smooth. I knew from experience that it is easier on the language gap to be clear, concise, direct, and to ask the specific questions that you want answers to. This cuts down on miscommunication and helps you not waste any time if they aren’t the answers you want.

I didn’t get a reply until 13 days after my initial email, but it was my only lead that came back and after our conversation got started, India’s reply time was significantly shorter, sometimes even same day replies.

After getting some more information and building some report with Sumit (my sales rep) I was able to get a price quote and we were prepared to move forward.

The terms we agreed upon were that I would pay 50% after a sample has been approved and the following 50% would be due at the end of production before they ship the product. Assuming they send me pictures and verification of completion.

He also sent me two shipping costs: by air and by boat. The shipping costs by boat were about half the price of air, but would take almost a month of transit time verses 3 days by air. I was not in a rush, so I was fine with saving the money and waiting for the cargo ship.  However, that didn’t end up being the case. More on that later…

After getting a price quote from India, I was curious to see what kind of price I could get from a domestic manufacturer. I figured it would be higher but might save me some time and money in shipping costs. After using the same “email everyone I can find” strategy, I was less successful getting a response from domestic manufacturers (which I thought was weird). I only heard back from one guy who was no longer doing custom mold or casting anymore, but he was helpful in that he confirmed for me that I was getting a good price with my potential partner in India.  That was good enough for me, and I decided to move forward with Sumit in India.

Sumit was able to build me a quote from the example I emailed him in my initial email, but I had to send him the actual art and word I wanted to produce. I sent him this tech pack that I thought would be fairly straightforward and easy to understand. I pre-converted all my measurements to millimeters since India is on the metric system (do this when working with literally anyone outside the US). 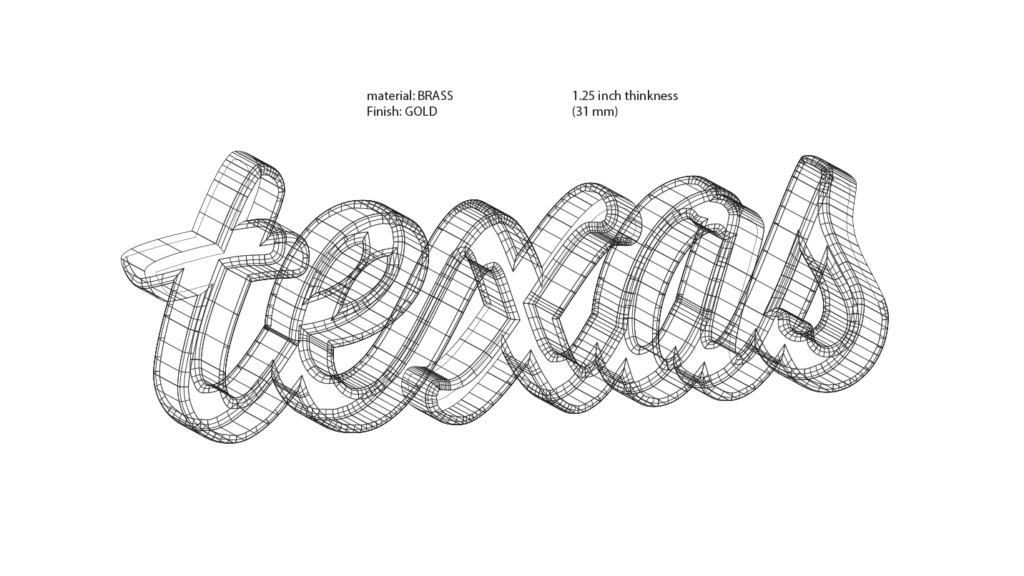 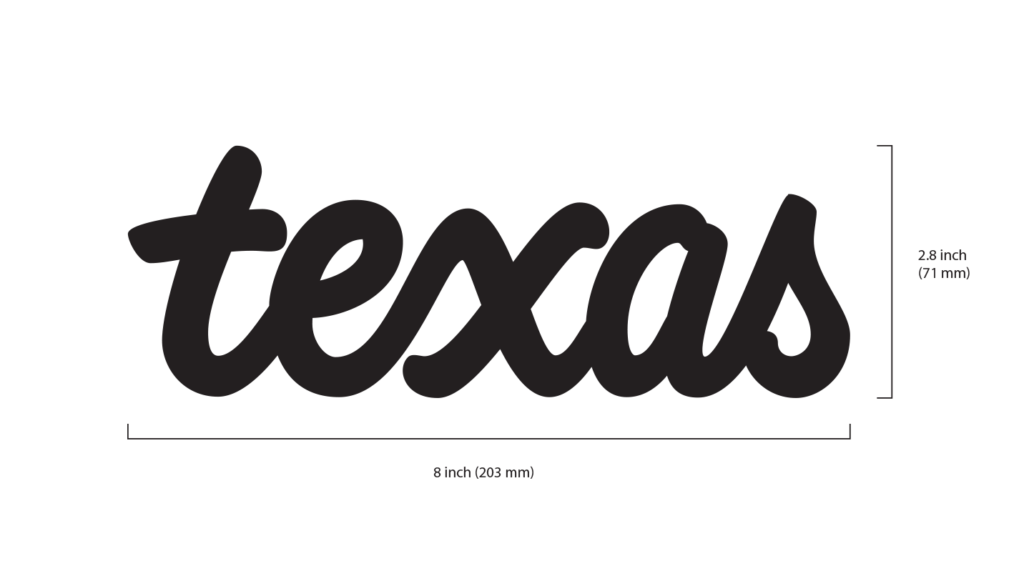 My tech pack I submitted proved to be sufficient when Sumit sent back a picture of a 3D wooden mockup of my file. I approved the mockup and then he began working on a brass sample.

The first brass sample he sent pictures of had some inconsistencies that I wasn’t too fond of. Some of the curves in the letters weren’t very smooth and some of the edges just looked a little wonky. I was able to communicate this best through pictures and highlighting the areas that need improvement. 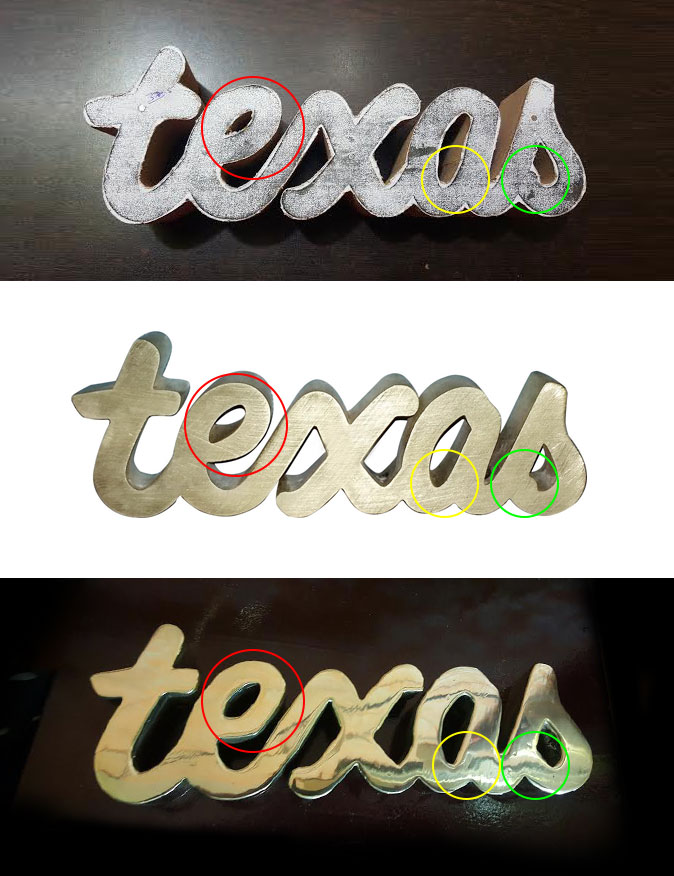 Sumit agreed with my critique and happily took another stab at it. Less than a week later I had some new images of a much better and sharper sculpture and it was looking just like I wanted it.

Per our previous discussion, I wired him 50% of my invoice through my bank’s international wire department. This can take up to 30 minutes of your time, but it’s worth it to make sure it’s done correctly and my bank (Interbank) was very helpful. Once the payment was confirmed on Sumit’s side, we promptly began production.

The bank did not tell me that international transfers can take up to 10 days to go through compared to next or same day for domestic transfers. Assuming Sumit had received the funds, I was skeptical when he told me he hadn’t received it for the following week. My suspicions began to rise even though I had been through a fairly professional process thus far. I double-checked with the bank and they informed me of the 10-day transfer time for international wires, and a few days later Sumit received the money. All was good.

When production finished up and it came time to ship, Sumit informed me that shipping by sea would be approximately the same price as shipping by air, so I might as well ship by air and get my delivery faster. A little confused (and peeved), I asked him to explain. Apparently, it was going to be approximately $250 to ship by sea and around $450 by air. However, I would have to pay an additional $250 or so in landing fees/import tax once I receive it, so it would come out to a wash. Obviously I would have liked to known about this prior to production, but the product had already been made and I was ready to have it, so we just shipped it by air and I ate an additional $200 more than I’d budgeted for.

The additional shipping costs increased my cost an additional $5/piece, which means my retail price, increased by $10 and has taken out any chance of being able to make a profit on any wholesale opportunity. But I was still able to keep my retail price where I was expecting it to land.

This is by far my favorite item in my new shop because it’s more unique than a tshirt or a sticker or a letterpress print. It’s a substantial piece. It weights bout 3.25 lbs and when you hold it, you know it will last a lifetime. It was a great learning experience and the feeling you get when you turn a hand lettered illustration into a physical product and you feel it and see it for the first time was definitely rewarding. I will definitely have one sitting on my shelf for a long time. Click here to shop and own your very own “Texas Brass.”

(Update: I’m sorry, but my shop has been temprarily taken down. Check back summer 2018) 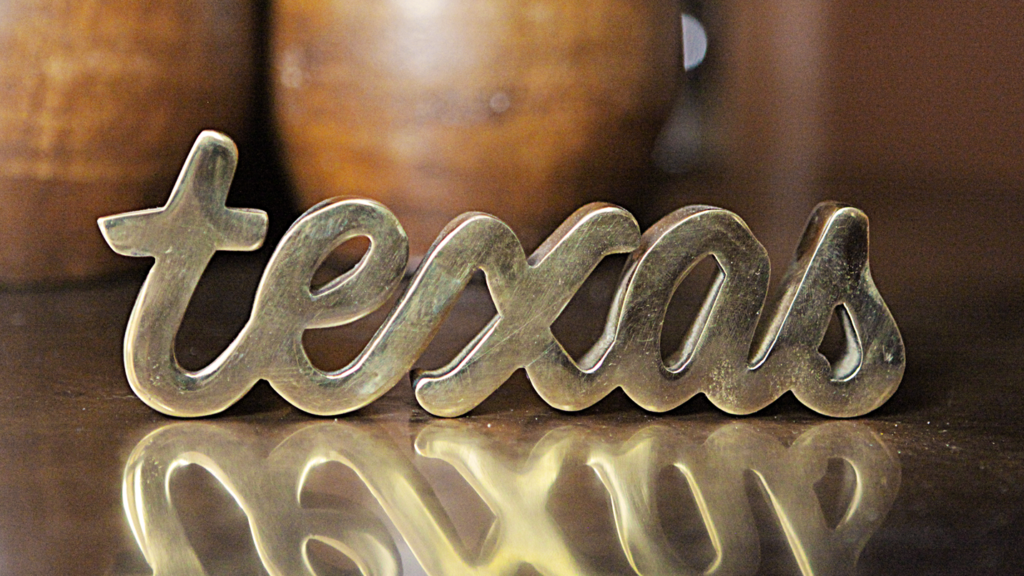 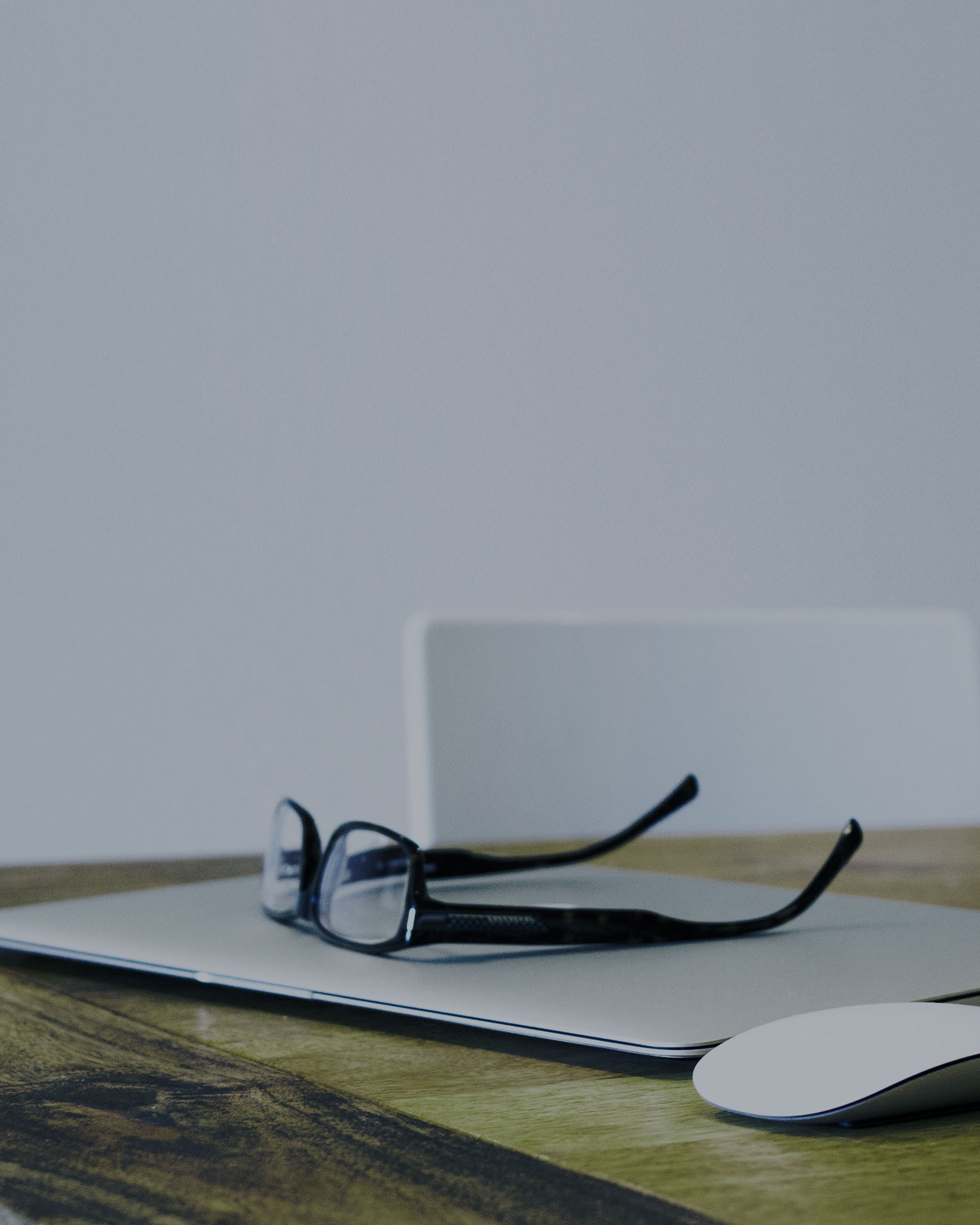 You show up every day to grind and grow your business to help it become a sustainable and profitable (and fulfilling!) operation. And as an entrepreneur, you know you’ll have to wear many hats from marketing and sales to... 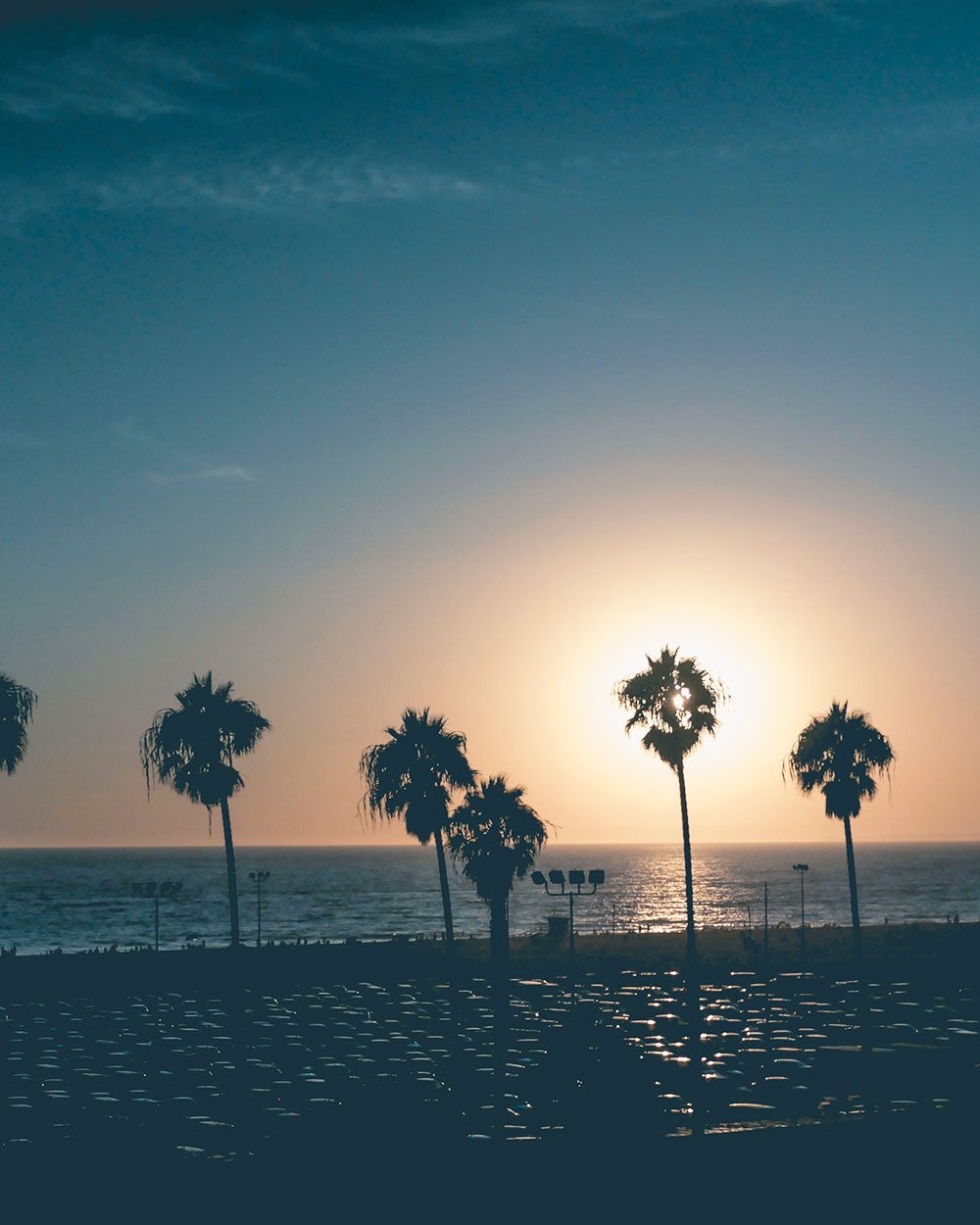 A Thought Experiment in Working Remotely 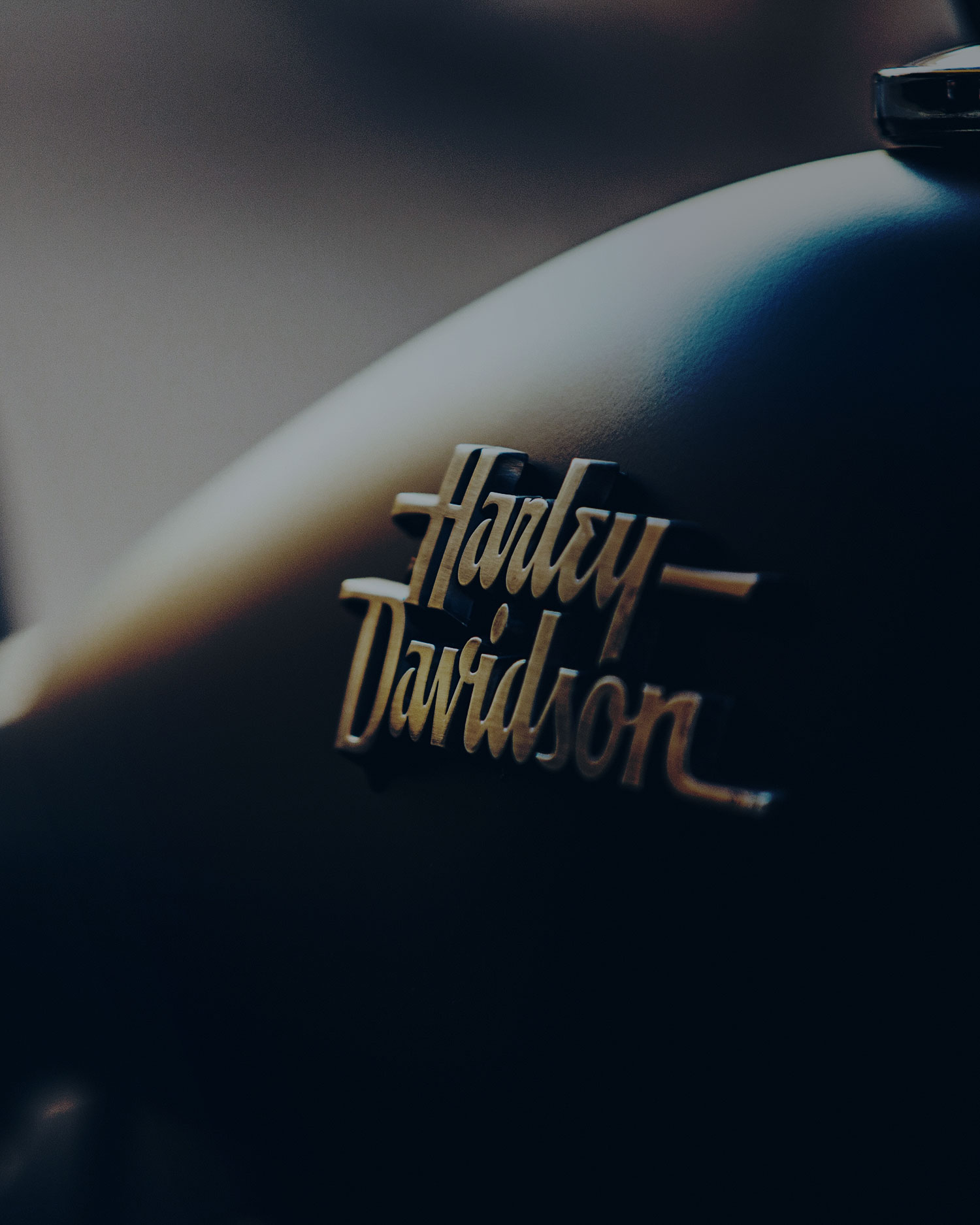 How to build a hand lettered logo in Adobe Illustrator

I recently finished up a hand lettering logo project for a client and wanted to show you my complete vectorizing process to convert a hand drawn logo into a digital, scalable, vector graphic in Adobe Illustrator. This video is just under 30 mins, so get your popcorn... 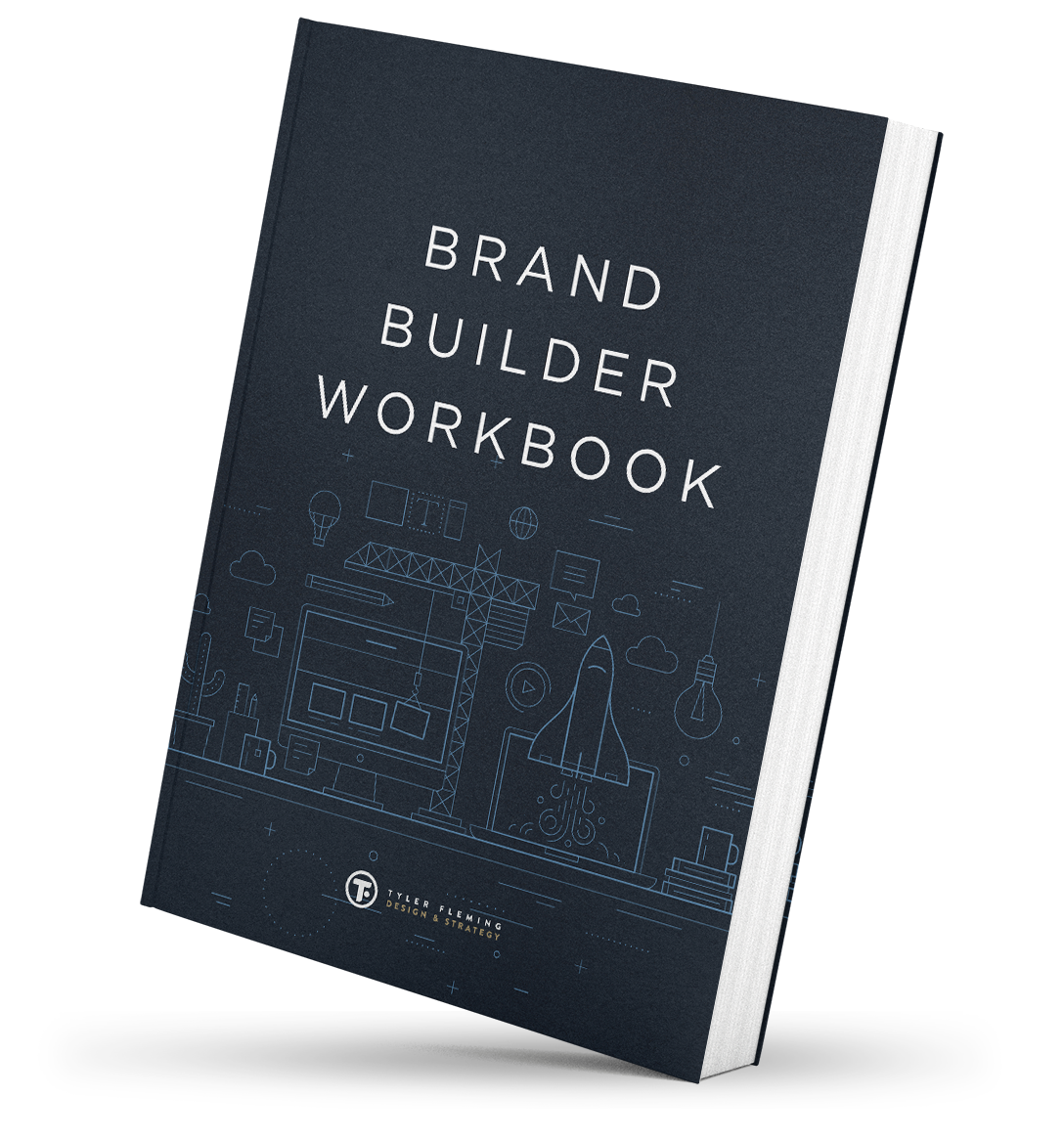 GET BRAND BUILDING TIPS DELIVERED STRAIGHT TO YOUR INBOX.

The inbox is a sacred place. I promise not to spam you.

Please enter your email address where I can send your download.

Your inbox is a sacred place. I promise not to spam you or do anything shady.